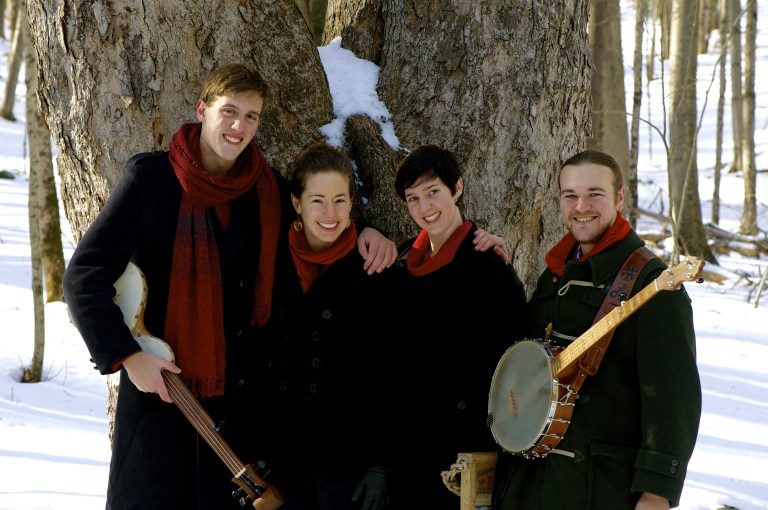 We are thrilled to welcome Windborne back, after their delightful concert and first Seattle visit (last March 2018). Specializing in close harmony singing, this New England quartet has sought out living masters of traditional US singing styles and other styles around the world, to develop a deep connection to their songs and to the people they come from.

The result is engaging performances, filled with vibrant energy, beautiful, close harmonies, seasoned with a little banjo and percussion to round it all out.

“A quartet the likes of which I haven’t seen since… Coope, Boyes and Simpson, the Watersons, or The Voice Squad. Just absolutely phenomenal! -BBC Traveling Folk

The singers of WIndborne will offer a Close Harmony Singing Workshop:
1-3PM at the Home Street Bank, 7307 Greenwood Ave N
Windborne is known for the rich harmonies as they sing songs of labor and songs from around the world. This workshop will focus on BOTH of those – workers songs and songs from around the world! Take this opportunity to work with these wonderful singers and to hear about the source singers they’ve learned from.
This is NOT a ticketed event. Seats will be filled on a first come first served basis (capacity is 30). Suggested Donation $10-25, by ability. Enter via the side door, street parking only (don’t use the lot).