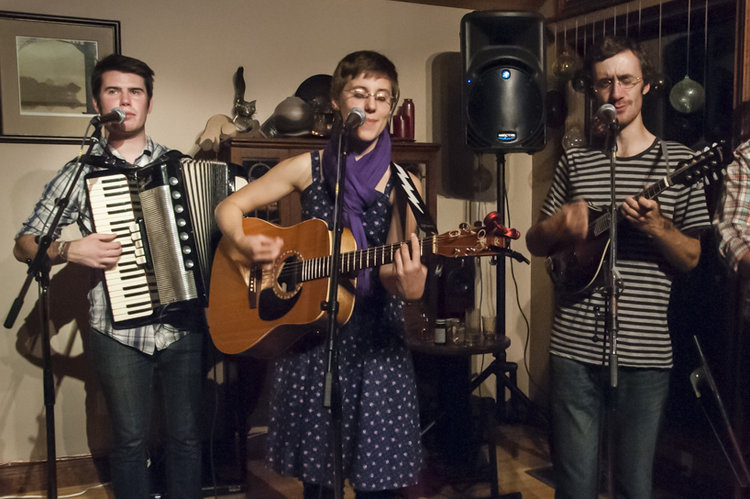 Recover from your Thanksgiving holiday with some tremendously fun, catchy, mellowly energizing “Cascadian third-wave indie progressive chamber folk-roots” music! Described as everything from indie-roots to chamber-folk, West My Friend has an acoustic blend of instruments and three-part harmonies that challenges the conventions of popular music. The band features pure and thrillingly elastic vocals with catchy arrangements of guitar, mandolin, and accordion that draw from jazz, classical, folk, and pop influences. Inspired by artists such as Owen Pallett, the Barenaked Ladies, Joanna Newsom, the Beach Boys, The Decemberists, and the Punch Brothers, and forged from a sonically adventurous acoustic music scene on Canada’s west coast, West My Friend is proving to be a key part of a new generation of grassroots folk music. They were the breakout hit of the regional Folk Alliance conference here last year – come see why!  Why not bring your holiday visitors to an awesome concert?

West My Friend is Eden Oliver on guitar and vocals, Jeff Poynter on accordion and vocals, and Alex Rempel on mandolin and vocals.