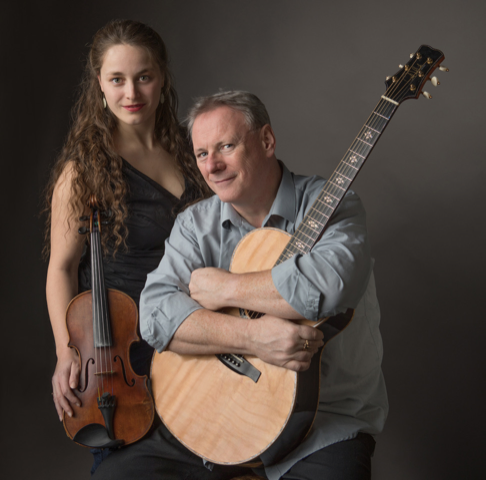 Tony McManus is recognized as the leading guitarist in Celtic music by none other than his equally well known peer, the late  John Renbourn of Pentangle fame. Tony has also been listed as one of the top 50  transcendental guitarists in the world by Guitar Player magazine. The Paisley, Scotland, guitarist and vocalist is a several times award winner who amazed audiences worldwide with his flawless technique and unique approach to this ancient art form, drawing on traditions from the entire Celtic diaspora – Scotland, Ireland, Brittany, Galicia, Asturias, Cape Breton, Quebec – along with still further-ranging flavours, such as jazz and east European music.

In Tony’s hands, the complex ornamentation associated with the fiddle and pipes is transferred to the guitar in a way that preserves the integrity and emotional impact of the music, leading to  appearances at Celtic and major folk festivals around the world, and guitar specific festivals such as the Chet Atkins guitar festival in Nashville. He has also appeared onstage and recorded with musicians such as Dougie MacLean, Alisdair Fraser, Natalie MacMaster, and Phil Cunningham, among others.

Julia Toaspern is a multi-talented musician from Berlin. She has released two albums of original songs and performed in both classical and singer-songwriter modes on both sides of the Atlantic. Julia is no slouch herself on guitar; her artistry on it compliments, and weaves boldly and flawlessly in and out of, Tony’s breathtakingly skillful renditions of pipe and fiddle tunes and songs alike. Classically trained, her fiddle playing is a perfect accompaniment to Tony’s pieces, and as a vocalist, her bright and clear vocals blend beautifully with Tony’s strong and sometimes wistful voice.

Together, Tony and Julia deliver performances that leave audiences in awe at their instrumental mastery, their ability to lift audiences’ spirits through the love and knowledge of the music, and Tony’s gently wicked humor.

The Seattle Folklore Society is very pleased to present Tony and Julia for an online concert! Tickets purchased from Konnectclub (follow the link from the SFS website) will allow viewing during the livestream, or anytime within the next 24 hours until 7PM Sunday, Feb. 28th. Pay as you are able, starting at $10 ($20 per household suggested;  take the discount if you need it,  be more generous if you can to support our artists!)