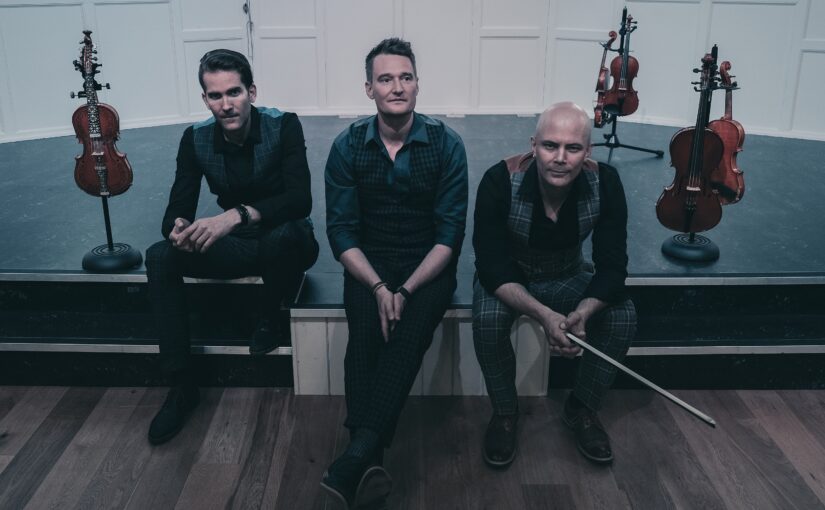 We are truly excited to welcome back The Nordic Fiddlers Bloc!  This trio is well-known and loved by many in the Pacific Northwest!

The Nordic Fiddlers Bloc is comprised of three master fiddler players from three of the richest fiddling traditions in the world.  All hailing from distinct Nordic countries or regions, the fiddle playing powerhouse is made up of this trio of amazing musicians:

Kevin Henderson, whose playing is rooted in the rich heritage of his native Shetland, is regarded as one of Shetlands finest fiddle players and is in hot demand playing with some of the best-known groups and musicians in the folk music scene. He is also a highly popular fiddle instructor for workshops and fiddle camps around the world. (Fiddlers Bid, Boys of the Lough and Session A9).

Olav Luksengard Mjelva – an award winning fiddle player from Norway (crowned Norway’s folk musician of the year in 2013 and winner of the prestigious Spelemannprisen award, the Norwegian equivalent of a Grammy, for his debut solo album), Olav has also had the honor of playing hardanger fiddle on the soundtrack for the Lord of the Rings film, The Rings of Power! He also released a second solo album ‘Hugnad’ in February 2022.

Anders Hall hails from Arbrå, Hälsingland in Sweden and is an acclaimed exponent of the Swedish fiddle tradition along with viola and the Norwegian Hardanger fiddle. He has worked with the likes of SVER & Sigrid Moldestad. He has an ability to reach the listener, fitting together old traditions with innovative ideas and expressions.

The trio combine three unique and distinctive fiddle styles to create an unparalleled sound as they expertly weave the varying components of their three musical cultures and traditions together in a hugely impressive and energetic performance.

Kevin Henderson said on the uniqueness of their sound: “All three of us come from very rich fiddle traditions and therefore we all have very distinct fiddle styles. When we first brought these together in 2009 there was an instant chemistry and it is that chemistry that continues to drive us.” Some seven hundred gigs later, playing across Scandinavia, mainland Europe, the U.S. and the UK, that chemistry continues to draw the trio together.

Passion is a word that comes up often in conversation with Henderson, Mjelva and Hall. It’s a word that lies behind the trio’s determination to find exactly the right tunes to play and exactly the right way to play a certain phrase. Passion for the music they make is also what makes them endure forty-two-hour flights that should only have taken two to three hours to get to a concert rather than let the promoter and audience down.

Hundreds of tunes have been tried and laid aside in The Nordic Fiddlers Bloc’s quest for the music which on two albums, their self-titled debut from 2011 and Deliverance, from 2016, has charmed listeners in the same way that their live performances beguile and satisfy.

Their highly anticipated album Bonfrost was released in October 2020 to much acclaim. Bonfrost is recorded ‘live’ as they wanted to capture the feel and energy of a live show. The trio used a studio that Olav runs in Os, Norway where they set up as they would do in a concert setting and played the album from start to finish. Their passion and collaborative prowess can be heard throughout, with both their unique arrangements and their on-stage connection. Taking a slightly different direction with their third release, the trio have included a solo track from each musician as well as their normal collaborations.

Folk music promoters and festivals internationally have picked up on the Bloc’s uniqueness. They have played at major events including Tønder Festival in Denmark, Scotland’s mammoth Celtic Connections winter music festival in Glasgow, Cape Breton’s prestigious Celtic Colours, and the annual A Celtic Christmas Sojourn in Boston.

As dedicated tradition bearers, they have also created their own annual fiddle camp, which has taken place in Norway (2018) and Sweden (2019) and is due to visit Scotland in August 2023.  Olav, Anders and Kevin are also popular instructors at other fiddle camps and have inspired hundreds of young, up-and-coming fiddlers around the world.

“On the evidence to hand, pure fiddle doesn´t get much better than The Nordic Fiddlers Bloc.” Folkworld

Join us for what is to be sure a divine evening of energetic music from these masterful musicians.