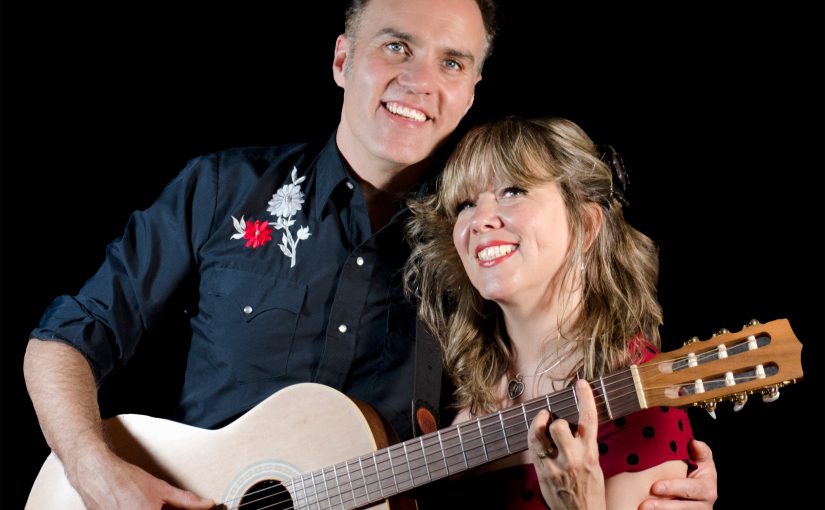 Vancouver Canada’s Reid Jamieson is a prolific songbird who loves to sing. Known for his compelling vocal performances and therapeutic lyrics, Reid has appeared regularly on the popular public radio show Vinyl Cafe with Stuart McLean, and has recorded with Cowboy Junkies, Sarah Harmer and members of Blue Rodeo and Be Good Tanyas.
Alongside his award winning original music, Reid recently released two tasty tributes: The Presley Sessions Revisited, a musical love letter to the 50s era greats; and his latest, a luminous homage to the master of song Leonard Cohen titled DEAR LEONARD: The Cohen Collection. Reid turns the master into the muse with seven compelling covers plus the haunting title track, an original open letter to the man himself. The collection features Anne Lindsay (Jim Cuddy, James Taylor) on burning violin.
Performing as an acoustic duo with his long-time songwriting partner and saucy wife, Carolyn Victoria Mill, they are committed to making music that matters. Along with winning the John Lennon Songwriting Contest, this creative couple wrote their way into the Vancouver Folk Music Festival by winning 1st prize in the Pickin a Folk Star Contest, and have been slowly growing an appreciative audience in the Seattle area via house concerts and performances at Conor Byrne, Folklife and other venues. Dont miss this rare opportunity to catch them live!
Tickets $2 more at the door day of show.
Doors open at 7:00PM for the 7:30 concert.
Free parking in lot behind the brown brick building.
PRESS:
“Prepare to be surprised” – Vancouver Province
“Arresting… dazzling voice” – Toronto Sun
“Highly recommended” ~ R2 Magazine UK
“After Reid appeared on the Vinyl Cafe we received tremendous feedback from our audience. He stole the show…He blew me away.” Stuart McLean – CBC Vinyl Cafe
“I dont know how I missed it, but somewhere between the release of his debut CD and what could be mistaken for a simple holiday album Reid Jamieson has become the greatest Canadian pop singer ever” – NoDepression

“The diversity on offer raises the bar” ~ FolkRadioUK

“Their overall approach and the recordings I’ve heard literally scream authenticity and devotion to what suits their rich voices so well…. Magical, and modern, albeit with a retro country feel that evokes other musical couples  Johnny & June, or Tammy & George. ” Calgary Herald.