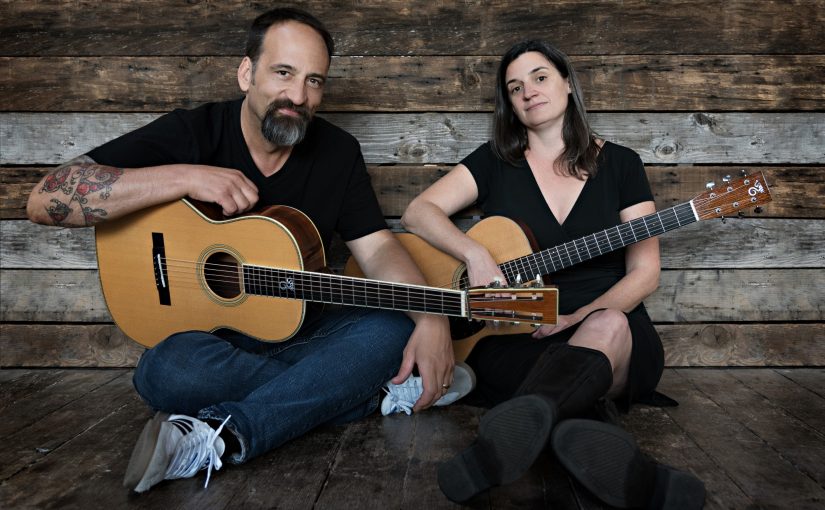 Get ready for something fresh and adventuresome! In their first ever collaboration, Portland fingerstyle guitarists Eric Skye and Jamie Stillway have brushed off their flat picks to prepare a delicious batch of original and traditional jigs, reels and waltzes guaranteed to tantalize your ears. Since his standout Seattle Folklore Society solo show in the fall of 2017, Eric has authored new compositions evoking his rural Pennsylvania roots. Fresh off a rousing reception at the LaConner Guitar Festival, Jamie adds her interpretive charm and mellifluous style to the repertoire. Expect the unexpected, you won’t be disappointed!

Jamie Stillway has been quietly establishing herself as one of the top acoustic fingerstyle guitarists of her generation. Since 2005, she has self-released 3 full length albums of original compositions, garnering accolades from the likes of Fretboard Journal (“one of the best fingerstyle guitarists around today”) and Jazz Times (“Mixing up genres without pretension, the nimble Stillway moves freely with wit and creative restlessness”). With her first electric guitar recordings, the City Static EP, Jamie demonstrates the broadening of her compositional palette and her versatility as a musician, seamlessly incorporating ambient, jazz, classical, and pop elements.

Often billed as an acoustic jazz guitarist, Eric Skye actually occupies a unique niche between traditional acoustic music, modal jazz, folk, and blues. With a technical approach that is somewhat informed by studying classical guitar reluctantly in middle school, being obsessed with Jimmy Page, bluesy jazz guitarists like Kenny Burrell and Grant Green, as well as being exposed to the “California style” of solo guitar playing from the Windham Hill label that was happening around him as a young person in the Bay Area. Later in life Skye became interested in Europe’s ECM label’s sound, with artist like Ralph Towner. And is currently very interested in the “New Traditional” music scene going on in New England today with young bluegrass players exploring a mix of folk and classical music with improvisational spirit.