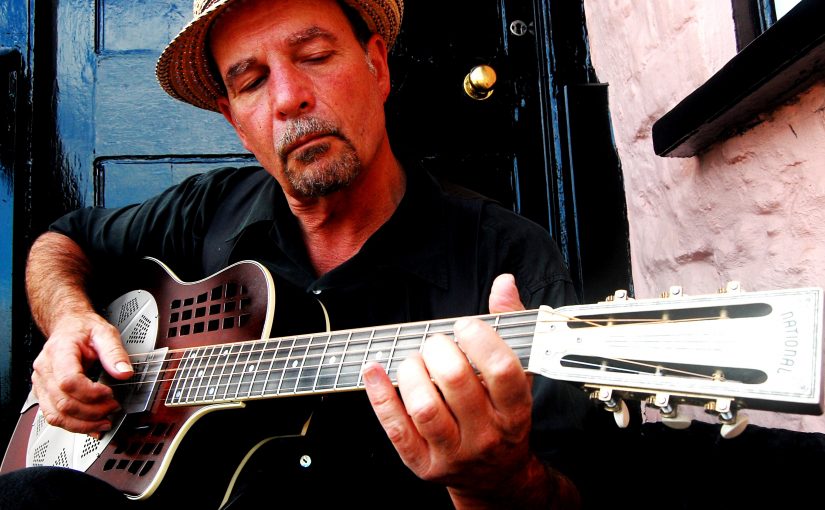 Steve James has built his reputation as a singer, player, songsmith, storyteller and roots music torchbearer through decades of roadwork.  Of his live shows and numerous studio recordings, it’s been said: “He has a rare gift for using traditional forms with complete naturalness.”  In addition to decades of international touring, he’s been heard on programs such as “A Prairie Home Companion” and NPR’s “Morning Edition” and has implemented his commitment to sharing and propogating blues and roots music styles with numerous instructional books, videos, print and on-line lessons for guitar and mandolin.

For his SFS concert, Steve will be joined by his old friend and musical cohort Johnny Nicholas, a legendary singer and instrumentalist from Texas whose pedigree, in addition to his considerable solo output, includes stints with everyone from Robert Jr. Lockwood to Asleep At The Wheel.  Steve sums it up: “He’s simply one of the best blues singers and players alive.”  In short, this will be a show not to be missed.