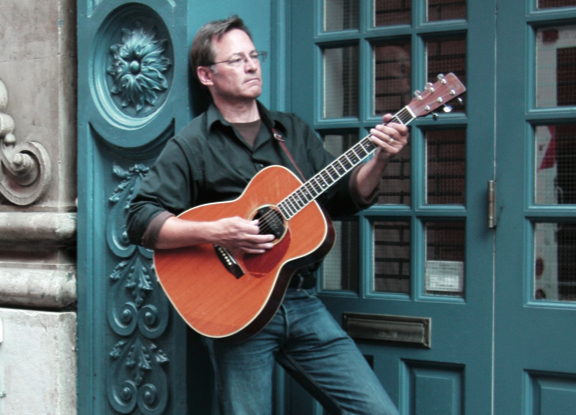 Roy Zimmerman’s signature blend of heart and hilarity has never been more necessary. In a career spanning more than thirty years, Roy’s songs have been heard on HBO and Showtime, and his videos have garnered hundreds of millions  of views.

Roy co-writes these songs with his wife Melanie Harby. Their song parody “Vote Him Away (The Liar Tweets Tonight)” has had over 140 million views online. Together, they have produced eleven albums of tuneful satire.

SFS is delighted to sponsor a special evening with Roy featuring songs from his new release This Machine: The Best of Roy Zimmerman. The songs have been drawn from the last 25 years of recording and touring,  choosing those that best address this critical moment and the current assault on democratic values. This concert takes place in the sanctuary of the Keystone Congregational Church.