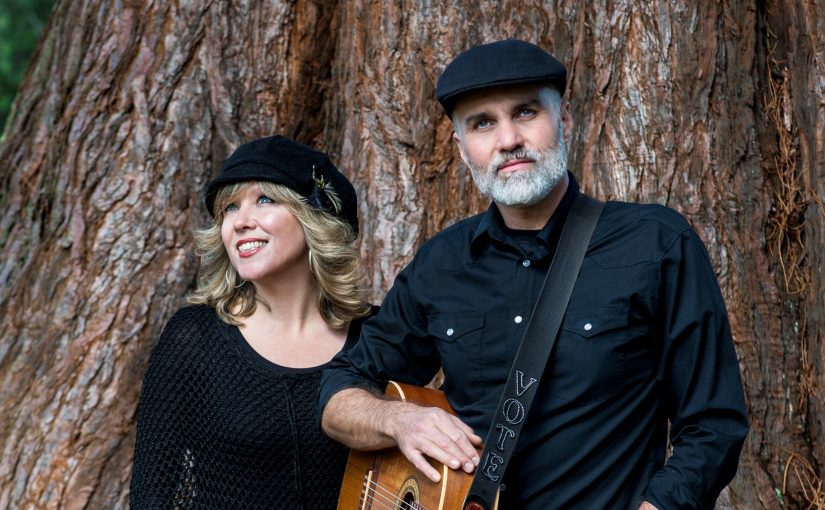 Vancouver’s Reid Jamieson is a vocal powerhouse committed to making music that moves us, with compelling originals and killer covers of everything from 50’s era gold to their latest tribute to Leonard Cohen.  Known for his regular appearances on Vinyl Café with Stuart McLean, to recording with Cowboy Junkies.

A classic introvert / extrovert combo, Reid now performs with his saucy wife and long-time song-writing partner Carolyn Victoria Mill. Along with winning the John Lennon Songwriting Contest, this creative couple wrote their way into the Vancouver Folk Music Festival by winning 1st prize in the Pickin’ a Folk Star Contest.

Spring 2019 will see them releasing a new, all original album, recorded in Ireland with producer Kieran Kennedy  (Maria Doyle Kennedy, John Prine, Damien Rice).  Titled ‘Me Daza’ which is Cork slang for ‘just right’ or ‘most excellent’, though the direct translation is ‘I’m dying’ – but aren’t we all?

There is nothing traditional about the record, or this dynamic duo.  Mature themes range from loving a woman during and after ‘The Change’, to Ireland’s abortion referendum, to coping with mental illness – call it a soundtrack for the second act.

You won’t want to miss this show!

Check out their original song – This Much I Know