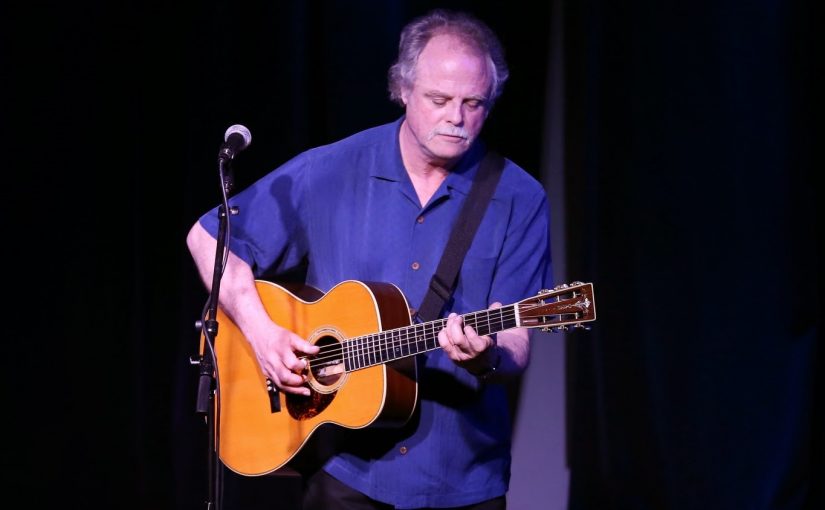 Pat Donohue is one of the most listened-to finger pickers in the world!  Expect intricate fingerpicking, easy wit and nimble interpretations of old blues, swing, R&B and original tunes.  Pat plays it all with a flourish of artistry and melodic inspiration. Leo Kottke called his playing “haunting.”  (Feature Photo Stephen Houseworth Photography 2015) Pat’s musical tastes are eclectic. Though he considers himself foremost a folk guitarist, pat’s influences are rooted in bluesmen Blind Blake, Robert Johnson, Charlie Parker, Duke Ellington, Muddy Waters and Miles Davis.  He manages to blend jazz and blues with folk, and the mix is seamless.  Over the years he has captivated audiences with his unique original compositions, dazzling instrumentals and humorous song parodies, including Sushi-Yucki and Would You Like to Play the Guitar?  Video Link

Pat has been obsessed with the guitar since he first picked one up at the age of 12 and began learning simple chords and melodies from a Pete Seeger instructional book. His background as a drummer in a garage rock band helped with the transition and he never looked back.  Borrowing bits and pieces of the styles of finger picking pioneers he admired, he taught himself to play, building a repertoire flavored by Blind Blake, Django Reinhart and Chet Atkins.

Pat’s latest CD release is “Blue Yonder”.  He is accompanied on some tunes by members of The Prairie All Start, who were also members of The Guy’s All Star Shoe Band.

Join us for this wonderful opportunity to see Pat Donohue perform in Seattle!