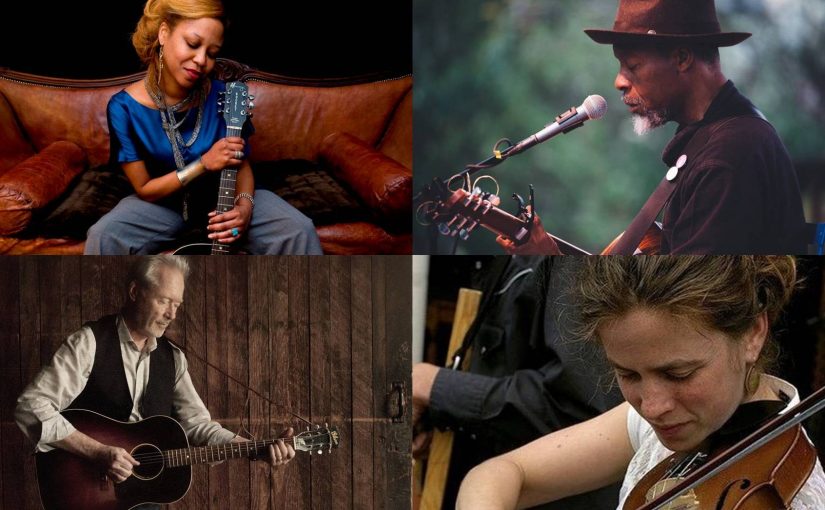 ANNIE FORD
Never mind Annie Ford’s rural pedigree: literally born in a log cabin and raised in rural Virginia, where she spent her days chopping wood and hanging clothes on the line; she hit the highway early and left her small-town environs behind, landing in Seattle’s burgeoning Americana scene after a stop in New Orleans. With a backstory like that, it’s practically a given that she would emerge sounding so rustic and resolute, with a voice both seasoned and assured. Ford paid dues playing fiddle in the service of others and busking for ten years at Pike Place Market, and has toured nationally and been featured on several local albums and compilations. Although fiddle is her mainstay, she also plays banjo, guitar, piano, washtub bass, ukulele, accordion, and viola. Currently she fronts and writes songs for the Annie Ford Band and plays in other projects such as Eurodance Party USA, Nu Klezmer Army, The Puddle Stompers, The Lonely Coast, and occasional appearances with the Corespondents.

REGGIE GARRETT
Reggie Garrett is the purveyor of a unique urban strain of (mostly) acoustic music incorporating a number of diverse influences. As a songwriter Garrett’s specialty is creating and enhancing a mood, and Dirty Linen has compared him to legends Richie Havens and Bill Withers. He has five CD releases to his credit, the most recent being 2014’s “Something New.”  (Garrett was slated for the 2017 Local Songwriter Showcase bill, but illness prevented him from performing.  We’re delighted to have him back!)

NELSON WRIGHT
Nelson Wright has spent his musical life digging deep into American roots music. An award-winning songwriter, his guitar-work has earned comparisons with Mississippi John Hurt and Dave Van Ronk, his writing to early Bob Dylan and John Prine. Wright’s most recent project, “Orphans & Relics,” was a Roots Music Report Top-100 Folk Album, with one reviewer describing it as “like listening to a plate of T Bone Burnett.” His current drug of choice is caffeine.