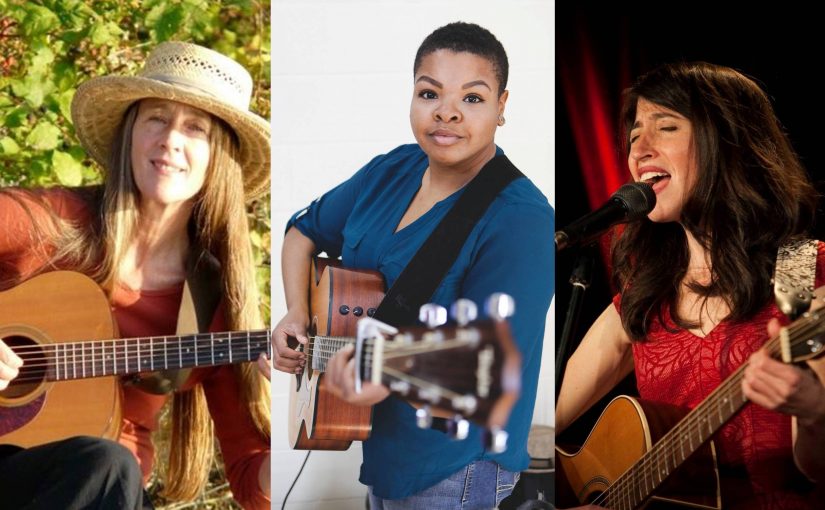 CAROLYN CRUSO
From campfire to concert hall, Carolyn Cruso has traveled the U.S. and Europe sharing her contemporary acoustic sound influenced by folk, rock, jazz, and Americana. The multi-instrumentalist plays hammered dulcimer, flute, guitar, and more, singing with an elegant voice and gritty-yet-tender wit. Cruso’s songs range from poetic to narrative, exploring the backroads of the mind and heart with stories of seekers, divine misfits, tricksters, and places of beauty in musical journeys of redemption, compassion, and humor.

STEPHANIE ANNE JOHNSON
Inspired by her life in the Pacific Northwest and the strong women that raised her, Stephanie Anne Johnson writes and sings the way she lives: loud and full of emotion. From national television (The Voice, 2013) to intimate house concerts, she can rock your night, make you fall in love, bring you to tears, and empower you. Though classically trained, Johnson’s repertoire covers Americana and R&B to arias and rock and roll, bringing real life to each performance and taking the audience on an unforgettable ride.

DEBBIE MILLER
Like a tantalizing book of short stories, few musicians work as diligently as Debbie Miller to be as narratively engaging. Her lyrics, like tightrope walkers, rollick on the taut wire of song, guiltlessly and pointedly inspiring listeners who crave more of their spectacle. Miller, who has played prominent Northwest festivals like Timbrrr! and Upstream, always creates a memorable performance by displaying her prowess for honesty and playfulness, inducing laughter and tears. In 2018 she appeared on The Great American Read (PBS), which highlighted her Bushwick Book Club Seattle song “Queen of Hearts.” Miller’s songs have also appeared on WNYC’s Freakonomics and the New Yorker Radio Hour.