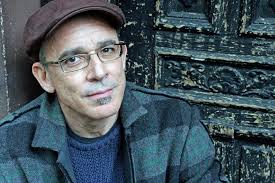 Kenny White makes a return appearance with SFS, and we’re looking forward to this show.  He was in town in August to open for Peter Wolf at the Triple Door, having produced the last four of Peter’s albums.  It’s been a while since we’ve hosted him solo, after his 2014 show with Amy Speace. He has been a favorite with our audiences since we were introduced to him when he accompanied Cheryl Wheeler in past shows.  His satirical, dry, and insightful lyrics along with his keyboard mastery make for a night well-spent.  As a bonus, he will be introducing his new cd, Long List of Priors.

Kenny has been in the music business for more than 25 years as a producer and studio pianist, and during that time he’s written hundreds of television and radio commercials.  He has developed a solid and satisfying second career as a singer-songwriter.  A dazzling piano player, he’s performed with a range of artists in the US and Europe.     Whites impressionistic songs grow on you over time, as his images evoke your own memories and associations, and the subtly insistent grooves and instrumental textures stay with you well after the record stops spinning, said Sing Out! magazine.

Representative of the many quotes on Kenny’s website is this one:  “His lyrics are dryly humorous, sometimes heart wrenching, sometimes laugh-out-loud ironically funny. Vocals are unpolished and real.  My Recurring Dream is an especially interesting song, wry and funny and strange. Don’t miss this guy.  See him live; you won’t be disappointed.”

In My Recurring Dream