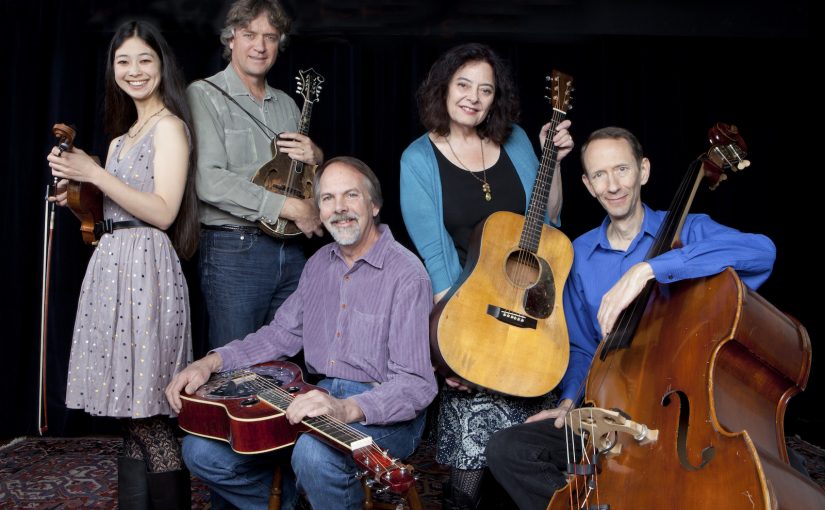 The Kathy Kallick Band is based along the west coast, from the San Francisco Bay Area to Anchorage, but their powerful mixture of original and classic music, mirroring their distinctive combination of traditional and contemporary sensibilities, has great appeal everywhere.

On October 20th, SFS is pleased to bring them back to our concert stage as they celebrate the release of their latest album called Horrible World. It promises to follow in the tradition of the previous five Kathy Kallick Band albums; all received widespread critical acclaim, and all spent a year in the upper echelons of the national charts. This one contains a half-dozen new Kathy compositions, an original instrumental from KKB member Tom Bekeny, distinctive covers of numbers learned from Bill Monroe, the Carter Family, and Bob Wills, plus a couple of unique interpretations of traditional songs. This album proves that Kathy Kallick remains one of Bluegrass music’s extraordinary composers, vocalists and band leaders.