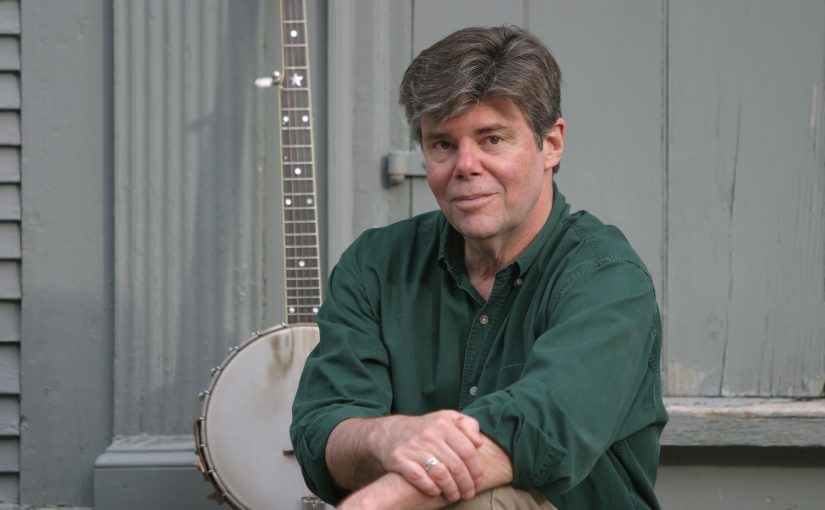 We are delighted to welcome Jeff Warner back to the SFS stage!
This concert is co-sponsored by Northwest Seaport.
(In addition to the Saturday night concert, Jeff will be also be presenting two workshops on Saturday afternoon – see more details below)

Jeff Warner is among the nation’s foremost performer/interpreters of traditional music. His songs from the lumber camps, fishing villages and mountaintops of America connect 21st-century audiences with the everyday lives – and artistry – of 19th-century Americans. “Providing more than just rich entertainment, Jeff will leave you with a deeper appreciation of the land you live in” (Caffé Lena, Saratoga, NY). His songs, rich in local history and a sense of place, bring us the latest news from the distant past.

Jeff grew up listening to the songs and stories of his father Frank Warner and the traditional singers his parents met during their folksong collecting trips through rural America. He accompanied his parents on their later field trips and is the editor of his mother’s book, Traditional American Folk Songs: From the Anne and Frank Warner Collection. He is producer of the two-CD set, Her Bright Smile Haunts Me Still, the Warners’ recordings of rural singers, many of them born in Victorian times.

“The scion of one of the nation’s most eminent families of folksong collectors, he represents a tradition that is fundamentally unbroken since pre-industrial times” (Stuart Frank, Senior Curator, New Bedford Whaling Museum).

Jeff has performed widely, from large festivals in the UK, to clubs, festivals and schools across America. He plays concertina, banjo, guitar and several “pocket” instruments, including bones and spoons. And “he inhabits a song in a way which few singers can do” (Royal Oak Folk Club, Lewes, UK).

A native of New York City, Jeff has lived in Portsmouth, NH, since the late 1990s. He is a speaker for New Hampshire Humanities, an artist for the New Hampshire Council on the Arts, and a former State Arts Council Fellow. He has toured nationally for the Smithsonian Institution, taught at Pinewoods, Ashokan, Augusta and Swannanoa summer music programs and recorded for Flying Fish/Rounder, WildGoose (UK) and other labels. His 1995 recording, Two Little Boys received a Parents’ Choice Award.

Jeff will also be offering two workshops on Saturday afternoon. These are not ticketed events: seating on a first-come basis, with a suggested donation of $25-$10 per workshop, depending on your ability. Workshops take place in the community room of the Home Street Bank, 7307 Greenwood Ave N, Seattle.

Great chorus songs for your local sessions, pub sings, or church sings. We’ll explore songs that have invited group participation for generations – on both side of the Atlantic: drinking songs, love songs, ballad choruses, shanties, sentimental songs, gospel songs, silly songs and laments – all with fine choruses. We’ll also discuss song-leading and how to introduce a song, whether it’s at a pub or a school gathering.

2:30 – 4:00 PM – Telling the Song –
This participatory workshop will help you get your songs across to any audience. We’ll work on phrasing, control, pitch, style, performance technique and repertoire choice. Using traditional American singers as our guides we’ll explore storytelling through song. Open to all: beginners to experienced. Bring songs to sing, an open mind, and a critical ear. We’ll provide a forum for making the best choices.