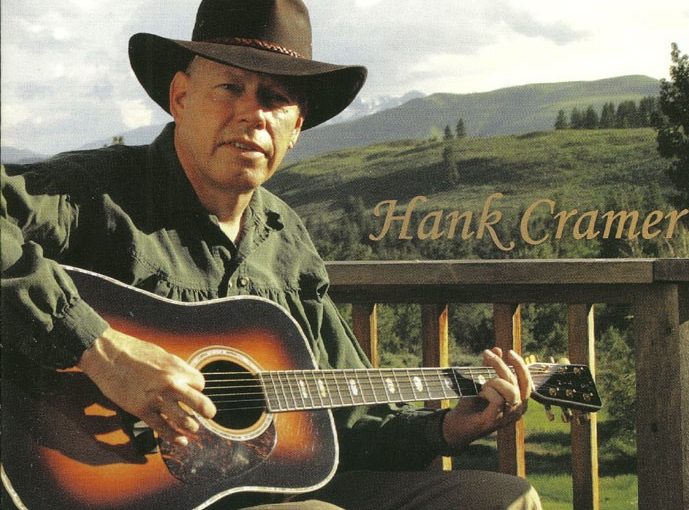 (Tickets are available at the door for tonight’s concert – $18 general/$16 member, student, or senior/ $8 Youth to age 17 – payable by cash or check. Advance tickets will also be available on-line until 12:30) Hank Cramer is one of the best-loved folksingers in the American West. He is widely known for his booming bass voice, smooth picking on a vintage flat-top guitar, and his wry sense of humor. He can play and sing over a thousand modern and traditional songs, spanning the genres of Celtic, Appalachian, maritime, cowboy, and plain old folk music. “The first thing you notice when you hear Hank Cramer is that deep, smooth-as-glass, pure-as-honey bass voice…a resonating full voice that adds class to everything it sings. It’s old-fashioned and wholesome and demands attention. These great tunes have never sounded better.” James Rodgers, Victory Review

On Saturday of Thanksgiving weekend, he will share just a few of those 1,000 songs at the Phinney Neighborhood Center.

Hank grew up singing in the high school choir and glee club.  He worked his way to a degree in history at the University of Arizona singing in coffee houses and as a radio dee-jay.  After graduation Hank pursued a unique life journey involving adventure, hardship, travel, and public service. He has been an underground miner, an Army officer and paratrooper, a 9-1-1 emergency communicator, a deep-water sailor, and a wrangler for a high-country outfitter. These life experiences make Hank’s songs ring with the special authenticity of someone who has “been there and done that.” A fulltime touring musician for over ten years, Hank now has nineteen CD’s and several movie soundtracks and music videos to his credit.

Hank has performed for the National Historic Oregon Trail Center for more than thirteen years. He has taught “Northwest History In Story & Song” three times a year for Elderhostel, for over a decade. Other long-term performances include regular dates with Humanities Washington; Buffalo Bill Historic Center (Cody, WY); the High Desert Museum (Bend, OR); the National Maritime Historic Park (San Francisco); the Maritime Museum of British Columbia; the USS Constellation (Baltimore); Grays Harbor Historic Seaport (Aberdeen, WA); and the Tall Ships Challenge Series (Pacific Coast and Great Lakes).  “A wonderful throwback to those hootenanny days of the past. Strong songs, hearty voices, and instrumental gusto to spare.” Tom Druckenmiller, Sing Out!

After 9/11, Hank interrupted his music career to resume military service. He taught Army ROTC at the University of Washington, then volunteered to deploy as an adviser and trainer to the Afghan National Army. He was injured during this tour of duty, medevac’d back to the US, and is now retired from the Army Reserve.