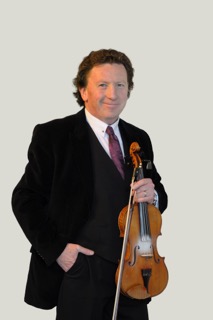 On February 18th 2017 SFS is proud to present Frankie Gavin in Concert. Frankie has been playing fiddle and flute since his teenage years. At the age of 17, he won two all-Ireland competitions-for fiddle and flute The name Frankie Gavin is also synonymous with DeDannan the globally renown band he founded in the mid-1970s. After a short break in the 2000s, Frankie restarted the band with a new young line up. The current incarnation maintains the stellar quality of those iconic early DeDannans.

Gavin played for four American presidents. As a seven-year old, when he played with John F. Kennedy on his 1962 visit to Ireland, for President Clinton and Bush and more recently for Barack and Michelle Obama , when the president visited his ancestral home in the village of Moneygall in County Offaly.

The plain fact is that there is no more exciting fiddle player or moving flute player in the world of Irish music today. The Guinness Book of Records, that bible of bizarre human conditions and activities, lists Frankie as the world’s fastest fiddle players. On September 2010, he played a traditional Irish tune, the Foxhunter’s reel, at a breath-taking 150 beats per minute!

Here are some you-tube videos of Frankie.