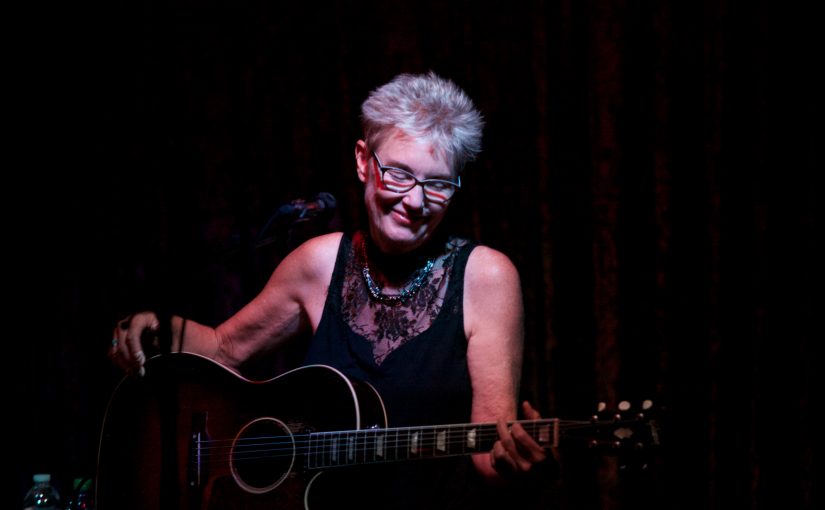 SHOW IS SOLD OUT.  NO TICKETS AVAILABLE AT THE DOOR.

Just added:  Nina Gerber will add her amazing guitar talent to this show!

Eliza Gilkyson is a Grammy-nominated singer, songwriter and activist who has become one of the most respected musicians in Folk, Roots and Americana circles.  She has released 20 recordings of her own, and her songs have been covered by Joan Baez, Bob Geldof, Tom Rush and Rosanne Cash and have been used in films, PBS specials and on prime-time TV.

Her CD Land of Milk and Honey was nominated for a Grammy for Best Contemporary Folk Album.  In addition to touring in support of her previous release, Roses at the End of Time, in 2011 and 2012 Eliza and label-mates John Gorka and Lucy Kaplansky performed as “Folk Super Trio” Red Horse, a side project whose CD stayed for months at the top of the Folk Music Charts.  In 2014 Eliza was invited to contribute a track on the Jackson Browne tribute, Looking Into You, along with Bruce Springsteen, Don Henley, Sara Watkins, Shawn Colvin, Bonnie Raitt and others.  Her March 2014 release on Red House Records, The Nocturne Diaries, is a restless contemplative work inspired by the converging forces of her highest hopes and darkest fears.

See her in a 23-minute insightful interview, include songs: https://www.youtube.com/watch?v=NKl57voi_Yo

Dark Side of Town:  https://www.youtube.com/watch?v=UnkHWsCyg-s