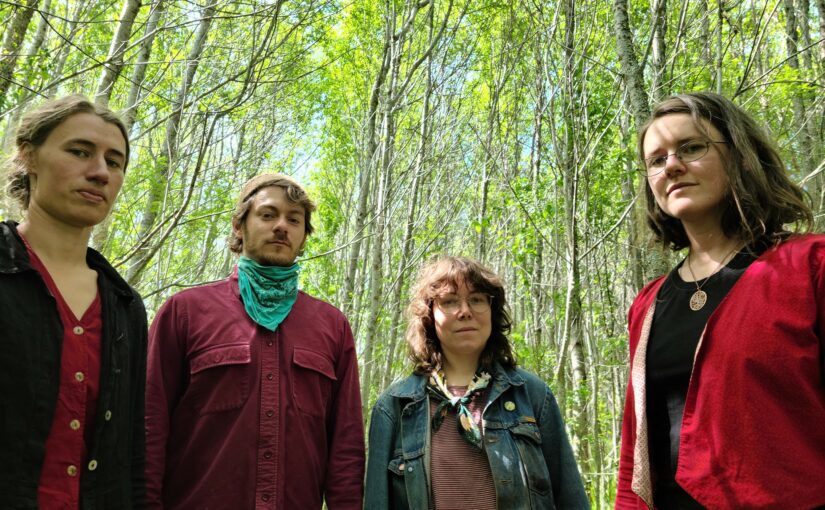 (Update – We regret that, due to illness, the May 14th concert is cancelled. We hope to reschedule at a future date)

Taking their name from a children’s fantasy novel, Doran is a four-person freak folk collective hailing from rural Virginia, New York, and the Pacific Northwest. Together, singer and banjo-player Elizabeth Laprelle (of Anna and Elizabeth), multi-media performance artists and musicians Channing Showalter and Annie Schermer (West of Roan), and ethnomusicologist and multi-instrumentalist Brian Dolphin draw from their respective work in story, song, archetype and image, and advance it into an untapped experimental terrain that is newly raw, wintry, moody, and tender. The result is an intimately collaborative record of rich and often eerie modal harmonies, supported by sparse acoustic arrangements, and grounded by the group’s strong background in traditional Appalachian ballad singing, Eastern European choral music, Celtic folklore, and improvisation. Songs ranging from sorrowful to playful twine together in a hauntingly beautiful cohesive album one could imagine hearing on the soundtrack of the next A24 folk horror film. Doran’s layered, searching debut reaches into the spaces between self and other, past and future, inner landscape and outer, and returns with a new language to describe the journey.