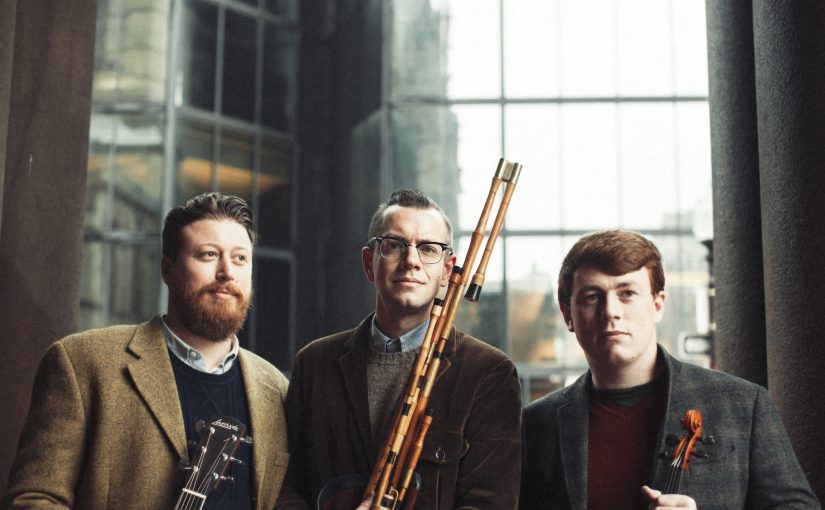 Each member of the trio had carved their individual musical pathways and style from diligent listening and study, extensive travels, and numerous performances in Ireland, Scotland, England, America, and Canada before meeting at the Northern Roots Festival in Vermont during the winter of 2016. Over a long night of music, they discovered a natural and complementary fit of individual styles, as a well as a mutual interest in the same corners of the Irish tradition. Sharing a love for the music of generations past, in Daymarks sound one can hear the echoes of Irish-American dance halls from the 1920s and 30s, alongside the lonesome tones of Donegal country fiddlers and the rollicking smoky pubs of Northern Englands immigrant neighborhoods. Taken together, these influences merge into a music that’s very much part of the present; its a sound thats urgent and wild, held together by camaraderie thats quite audible. This is the foundation of their music. What emerges is intimate enough feel at home down at the local pub, big enough to fill a festival stage or a concert hall.

Each member of Daymark is well established in their own right, and collectively the three have lived and studied traditional music across Ireland, Scotland, England, America, and Canada, in the cities of Limerick, Glasgow, Newcastle, Montreal, Boston, and New York. Foster hails from Northern England, and developed his music in the lively session scene there, going to study at Newcastle University’s Folk Degree course before honing his fiddle style in Limerick under master musicians. Woodson holds a masters degree in traditional music from the Royal Conservatoire of Scotland in Glasgow, and in addition to his musical work is an established pipemaker, performing on an instrument of his own construction. McDonald is a native of Boston, and learned his music in the citys sessions and folk clubs before studying at the famed Berklee College of Music. All three have spent the first decade of their musical careers performing with countless projects and recording a number of albums; theyre road hardened, stage seasoned, and altogether full of music. Together as Daymark, the collective experiences of the three coalesce into an altogether compelling musical force.