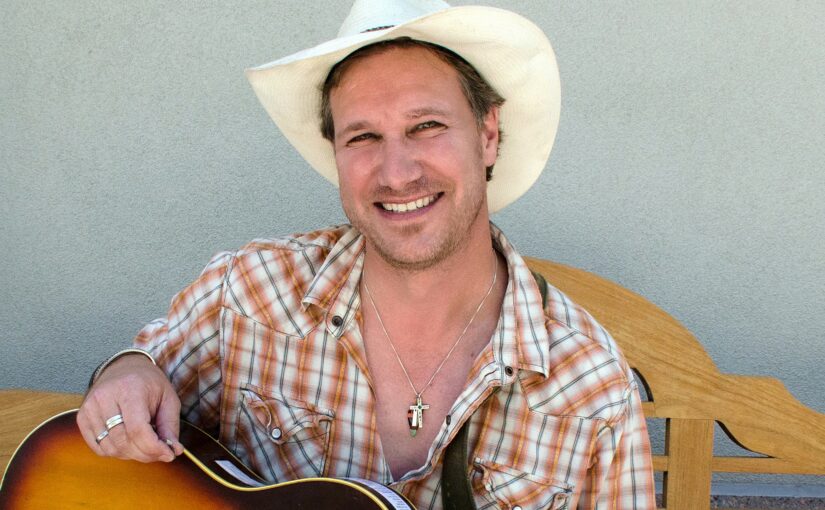 SFS is delighted to bring Dan Weber back for an online Livestream concert with this crowd favorite award-winning Americana singer-songwriter. He will be performing 2 sets of songs from his brand new CD “The Way the River Goes” as well as fan favorites.

A gifted storyteller, Dan wins over audiences with his natural charisma, upbeat performances, authentic songwriting, and off-the-cuff hilarious stories from the many roads he’s traveled.  His songs have been described as “Guthrie-esque and reminiscent of early John Prine” and “A rare combination of wit, emotion and Harry Chapin-esque imagery”.

Dan, an Ex-Park Ranger, Eagle Scout, Altar boy and lifelong Deadhead, is described as “The Classic Mid-Life Overnight Sensation”, after bursting onto the festival scene in 2010 to a standing ovation at the Sisters Folk Festival for his engaging set in the Dave Carter songwriting contest.  Since then he’s toured extensively across the country becoming a rare 3 time finalist in the legendary Kerrville New Folk competition, had 2 top finishes in the Woody Guthrie songwriting contest, and in 2015 won the prestigious Winfield, Kansas NewSong contest for Oh Woody, his anthemic tribute to Woody Guthrie, that rose to #2 on the Folk charts in 2015.

“Weber’s writing is as strong as any in the Contemporary Folk community. Goodbye to Dad is one of the best original tunes that I have heard in a long time.” – The Victory Review

Dan’s 2015 release of What I’m Lookin’ For, a 14 song CD of classic Folk and Americana, climbed to #6 on the charts and included Oh Woody as well as the breakout hit (I Deal with) Crazy ALL Day, an everyman’s anthem and crowd sing-a-long favorite.

Dan’s 2021 CD release concert is not to be missed. He’s willing to do an after show Q&A, so be ready for more stories!  You won’t be disappointed.

Your ticket with Konnectclub for this concert will allow viewing during the livestream,  or anytime within the next 24 hours (until 7PM on Sunday March 21). Pay as you are able starting at $10 ($20 per household suggested, be more generous if able).