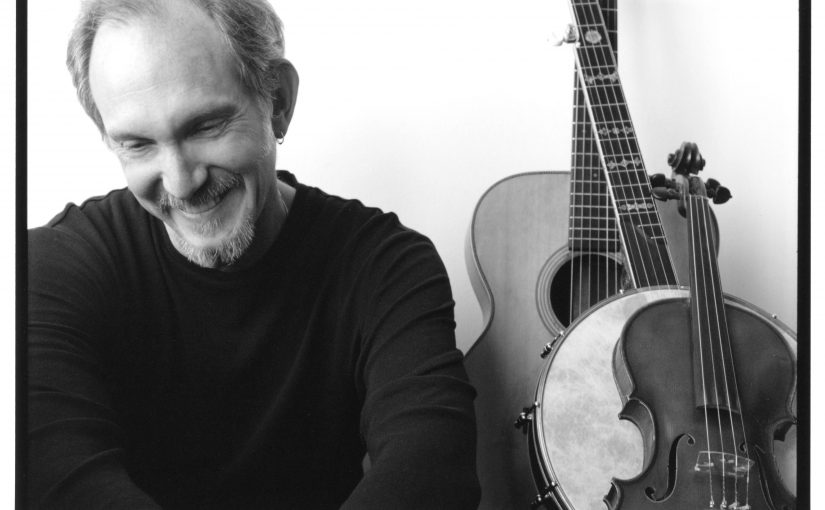 With guitar, fiddle, or banjo in hand, Bruce Molsky explores traditional music from an astonishingly broad range of cultures synthesizing them and refracting them through his own evolving sensibilities to the point where the sources of his inspiration transform themselves into a sound that is uniquely his. While most identified with traditional American old-time music, Molskys influences range from the Appalachian soul of Tommy Jarrell to Delta blues; from the haunting modal strains of Irish music to the rhythmically nimble music of Eastern Europe.

Two-time Grammy nominee Bruce Molsky comes at southern roots and blues on fiddle, banjo, and guitar with great depth of spirit, passion, and respect for the past. His wide-angled approach to traditional folk music has been infused by rhythms and melodies from around the world and he in turn is influencing a new generation of players.

As 2016 unfolds, the ever-busy Molsky continues to pioneer new ground on several fronts. Summer will bring the debut disc by Molskys Mountain Drifters, the first band the legendary fiddler has fronted. In Bruces words, this release will point to the future of traditional, rural music powered by the far-ranging musical palates of his two youthful bandmates.
The new Cant Stay Here This a-Way is a unique CD/DVD collection recorded in Los Angeles for Dave Braggers Tiki Parlour series. Not a recording session in the traditional sense, Bruce just showed up, sat on a couch while the camera and recording device rolled capturing all the spontaneity as he casually reeled off and provided insightful comments on traditional favorites and some new offerings. Also on the slate is, Rauland Rambles from Molsky and his Norwegian collaborators, Arto Järvelä and Anon Egeland. This distinctive recording, which fuses traditional American roots with Scandinavian folk, comes from an impromptu session set after Bruce performed at this years Rauland International Winter Festival in Norway.

Come enjoy Bruce’s unique and beautiful mastery of fiddle, guitar, banjo, and song in an evening of solo performance. We are thrilled to have him return for a concert in our Phinney series!

Tickets are $18 ($2 discount for members,students and seniors), $9 for youth. Day of show tickets at the door, if still available, will be $2 more for adults (payable by cash or check). Doors will open at 7 pm for a 7:30 start.