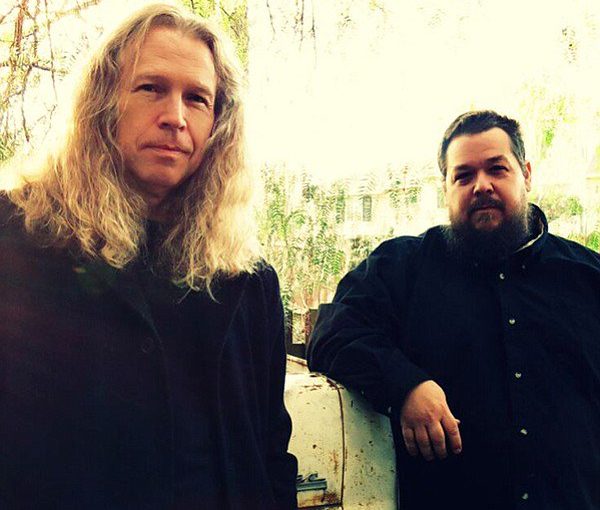 Jeff Berkley and Calman Hart built solid solo careers on the Southern California coffeehouse circuit before becoming Berkley Hart. As a duo for 20 years, they have become fixtures on the folk circuit, making appearances at the Kerrville Folk Festival, as well as playing some of folk’s most prestigious venues, including The Birchmere in Alexandria, VA, and The Bluebird Café in Nashville.

Jeff has won the Kerrville New Folk Songwriter Award, and Calman is also a stand-out wordsmith. Each are amazing guitarists and play harmonica, complementing their soulful vocals – authentic triple tool talents. But wait, there’s more – their jokes, stories, and banter between songs in another reason to see them live. They are a bona fide stand-up comedy act. Berkley Hart have truly found something that works. Their humor is natural and down-home, complementing their poignant, delicate, and masterfully crafted lyrics, delivered with stunning harmony and musicianship.

They have consistently rolled out nine CDs across their time together; their discography includes: Contemporary Folk, Americana, Roots, and Bluegrass. Their music has been described as: Lilting acoustic folk music, heavy on storytelling and with intricate arrangements that astound, coming from just two players.

Calman Hart recalls his first instrument as “a red-and-yellow electric guitar. I can’t remember the brand, but it wasn’t very expensive. It wouldn’t stay in tune, and the action was too high. It wasn’t until I got an acoustic guitar that I took it seriously, but I have pictures of me holding it and looking all rock and roll. I was 12. You’d have to ask Santa how much it cost.”

Jeff Berkley’s first instrument was “a white upright piano. My parents got it for me when I was three or four. My father was a minister, and it was handed down from some old church — all dirty, cracked in a bunch of places, and I think it leaned to the left. I messed around with that until I was old enough to set up boxes to play with wooden spoons, after I decided to become a drummer for a while. It didn’t cost me anything. Since it came from a church, it was a gift from God.”

Berkley (“I’m one of the rare native San Diegans”) and Hart (“I moved here from Utah in the early ’80s”) joined forces as Berkley Hart in October 1999. Both players say the essence of what they do will never change. “What the audiences seem to really love is the two of us playing our guitars and singing our harmonies,” says Hart. “We’ve happened on a magical combination of voices and songwriting that has worked really well for us.

“Jeff Berkley and Calman Hart can bring you to tears and make you laugh … in the same song!! And they’ll add some food for thought for good measure. I have seen them several times and I never leave their concerts without a huge grin on my face.” – Steve Brogden, concert presenter.