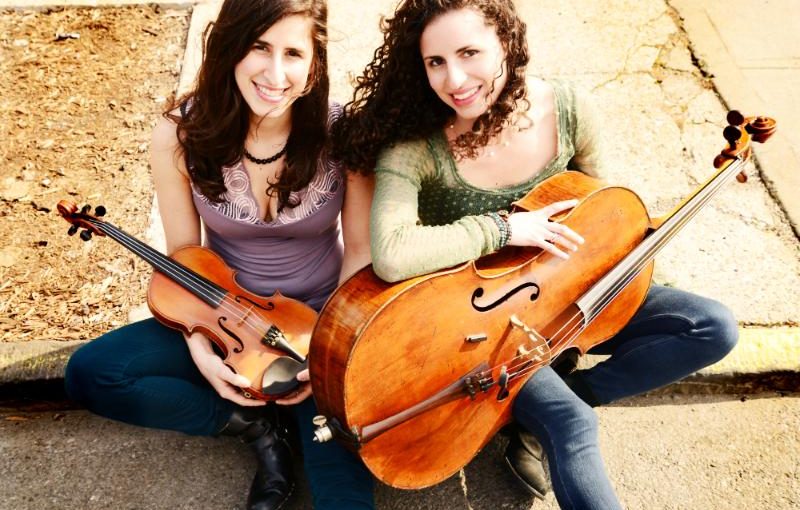 (Tickets are available at the door tonight – $20/$18/$9, payable by cash or check) Fiddle and Cello Music at it’s best! “Strikingly beautiful, distinctive and exhilarating, with expressive vocals that will find a way into hearts and minds” (No Depression), Ari & Mia reference the styles of Southern and Northeastern fiddle music and the early American songbook to create a realm where their own compositions cross paths with older traditions. Their stylish and sophisticated music honors the sounds of Appalachian cottages, rural dance floors, and urban concert halls. Combine this with their innovative approach to songwriting and the result is a captivating sound.

“Ari & Mia are not creating a new music; they are taking it to another level and exploring areas that have not been attempted in decades. Their all-acoustic, pure and honest approach has significance. Treading the edges of traditional folk in a more faithful manner, they share the lyrical wizardry of 70’s bands Steeleye Span, Tir-na-Nog, and the Incredible String Band, with searing harmony as good as The Beach Boys. The sisters sing in unison like two violins,” continues No Depression on the review of their most recent release, Out of Stone.

Ariel Friedman is a multi-genre cellist, composer, and educator.  A winner of ASTA’s Alternative Styles Award, she is steeped both in the music of American roots traditions and a broad range of classical repertoire. She has performed with many folk-based groups including internationally with Scottish National Fiddle champion Hanneke Cassel, the Sail Away Ladies, New England’s highly acclaimed fiddle band Childsplay, and the BSO’s Classical Tangent.

Mia Friedman is a virtuosic fiddler and singer as well as a composer, performed, and educator. She is largely influenced by American roots music and old-time Appalachian traditions, and blends this with contemporary music in her compositions.  Besides touring with Ari, she plays with Hollow Deck—a duo of tape collage, vocals, and woodwinds—and avant-garde chamber folk duo, Lichen.

Together, the sisters have toured all across the U.S. and Australia and are both graduates of New England Conservatory’s cutting edge Contemporary Improvisation department.  Both award winning songwriters, Mia’s song ‘Across the Water’ won the 2010 John Lennon Songwriting Contest in the folk category, and Ari’s song ‘Old Man’ was a semi-finalist for the 2016 International Songwriting Competition.  Their two previous albums, Land on Shore and Unruly Heart, ranked high on the national folk radio charts.

“This is European rural type music, filled with colorful flowers and meadows, rushing cool rivers, smoke from a thatched roof chimney and created with a vibrant old world flavor.  The hocus pocus and abracadabra is all in their vocals.  So distinctive and shined to a sparkle.”

“Deceptively simple and highly personal…the intimacy just blows your mind.  They seamlessly genre blend some organic styles into one delightfully tasty stew that’ll have you coming back for seconds – and more.”