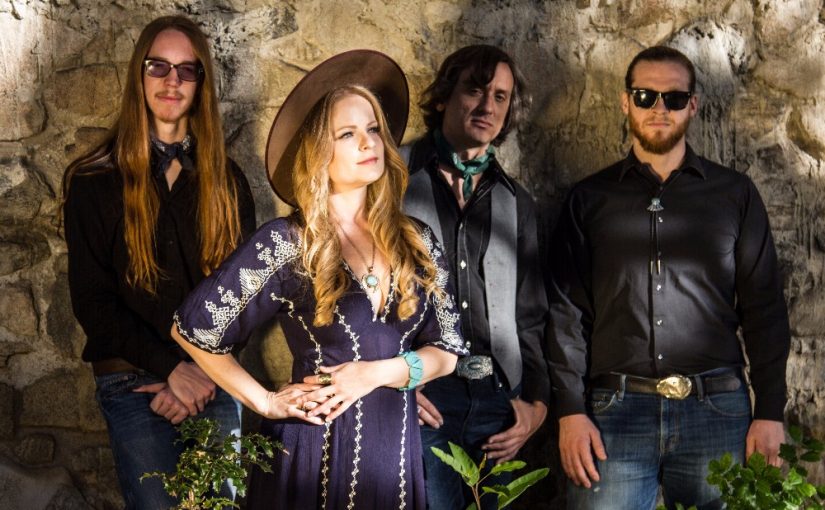 Recently named Female Vocalist of the Year in the first annual California Country Awards, Southern California songbird Alice Wallace has been making a name for herself throughout the country over the past several years.
With a style strongly influenced by classic country songstresses like Patsy Cline and Emmylou Harris, Wallace’s impeccable vocals and melodic, literate song-crafting skills bring a fresh touch to authentic Americana music. Alice will be joined on stage by her top-notch band of musicians: Tom Bremer on guitar, Austin Callender on bass, and Josh Huppert on drums.
Alice and her band were official showcase artists at the Americana Music Festival in Nashville this past September, and have had the chance to share the stage with artists such as Lee Ann Womack, Wynonna Judd, Suzy Bogguss, JD Souther, Billy Joe Shaver and Ray Wylie Hubbard in the past few years.
She and the band are getting set to release a new album in 2018, as a follow-up to their successful 2015 release, Memories, Music & Pride, which was named Best Country/Americana album by the LA Music Critic Awards. They released Echo Canyon, one single from the forthcoming album, in late 2017. Americana website SavingCountryMusic.com comments the song “creates the perfect setting and environment for Alice Wallace to showcase why shes one of the most unheralded singers in independent country/Americana”.

“If you like the grittiness of Lucinda Williams and the sweetness of Linda Ronstadt, then you will enjoy the 11 tracks on Alice Wallaces Memories, Music & Pride.” – Innocent Words

We are very excited to welcome Alice and her band to the Phinney Center stage!