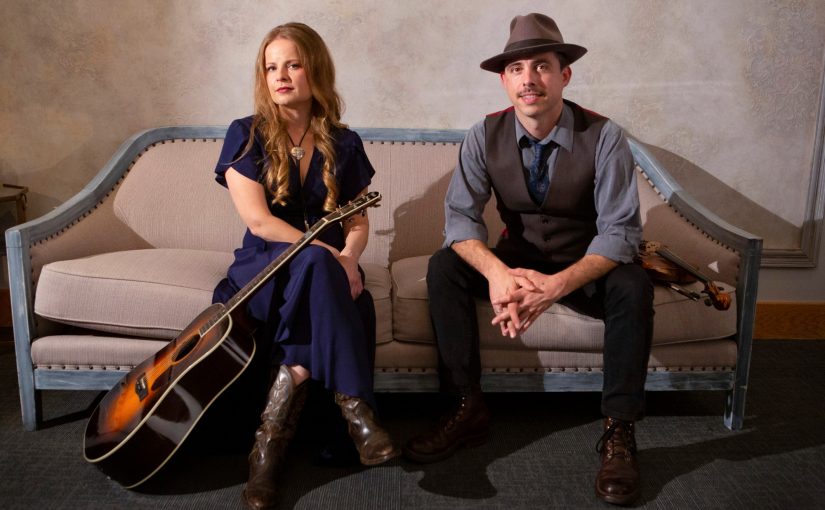 We regret that this concert has been cancelled out of concern for the COVID19 virus. We hope to reschedule at a later date.
Country songbird Alice Wallace returns to the Seattle Folklore Society concert series April 11th, accompanied by the talents of fiddle player Xander Hitzig.
After spending 12 years based in California, Alice made the decision to move across the country to Nashville in December – bringing her West Coast-infused Americana to Music City.
Her latest album, “Into the Blue”, released on Los Angeles-based Rebelle Road Records in January 2019, received praise across the country from publications ranging from American Songwriter to Paste Magazine. With Into the Blue, the singer-songwriter taps into the influence of her native California – conjuring the atmospheric sound of the Golden State’s canyons and deserts, mountains and crashing waves, its crowning beauty and its tragic losses. At the same time, the supple-voiced Wallace tells her own and others’ stories, weaving tales that resonate as we grapple with so many disturbing national issues.
Rolling Stone Country named the title track, “The Blue”, one of the Top 10 Country and Americana Songs to Hear Now when it was released as a single last April, and several publications put the album on their list of highlights for 2019,
including Saving Country Music and Americana Highways.

“Sometimes you hear an album and the only way you can think to describe it is stunning,” wrote Gary Schwind at Americana Highways.

Named the 2017 Female Vocalist of the Year at the California Country Awards, Alice draws influence from iconic voices ranging from Linda Ronstadt to Patsy Cline, not to mention making the country yodel a part of her sets with songs from classic artists like Patsy Montana and Don Walser.
Joining Alice will be fiddle player Xander Hitzig. Hailing from the mountains of West Virginia but now residing in Los Angeles, Xander is almost solely self taught, but you’d never know it to hear his incredible proficiency on fiddle, guitar, and tenor banjo. Using the music of his inspirations as his guide, Xander has been recording and touring back and forth across the U.S. for more than a decade with multiple bands and as a solo artist.

Here’s a taste of what to expect, the music video for the album’s lead single “ Santa Ana Winds”, written about the devastating wildfires that have swept through California in recent years.
For this performance only,  Alice  and Xander will be joined for a few numbers by special Seattle guest David Miller, who has been nominated as Guitarist of the Year by the Washington Blues Society for the past 5 years running.

“…one of the most unheralded singers in independent country/Americana.” – Saving Country Music

To see or hear more, go to Alice’s webpage, and plan to come hear what Alice brings to her Seattle audience on April 11th! We can’t wait!